It’s been a long time since I made the time to sit down and blog. Writing has always been something I’ve been passionate about — my escape and a way to disconnect the thoughts in my head and connect with other people who may feel the same way. Almost in the same sense when you Google what seems like a ridiculous question and you’re shocked to see someone not only has searched the same thing but there’s a bunch of results to review, getting what’s in my head out has always been my outlet.

But to be honest, I stopped writing back in February. Somewhere between separating from my partner, figuring out a schedule as a single mom to two of the best children, being on my own, and starting to date again, writing fell by the wayside. Not because I didn’t want to, not because I didn’t need to to feel better, but because I almost, in a way, felt like I was being a fraud. In the blogging world, and really in many other areas, the comparison game is something that strongly resonates with us. Too often we want to be portrayed as people who just have it all together — we want to come off as likeable and relatable and often that may mean that the bumps in the road don’t really get written about. Not being honest with what was going on, but not ready to face those issues or share them with everyone, I didn’t know how I’d ever write something that felt genuine again.

Part of my rediscovery as this newly single, working mama was to read more. I’m one of those people who will fill up my Amazon wishlist with potential reads and then stall on pulling the trigger to buy it because I make up some excuse as to why I don’t have the time to pick up my book. How will I have time to read AND go to the gym, or read AND make sure the girls have everything they need for the next day of school, or even read AND spend time with my significant other as we dive into the world of a new relationship. (Side note: My internal struggle with everything I add to an online shopping cart and weighing the pros and cons is a huge reason I picked the book I did). Eventually, I came across a title that spoke to me on so many levels and when I started to preview the book, I felt like it was the book I had to buy right then and there — no debating whether it was a necessary purchase or if I would buy it and then not read it. I knew I would read it. I knew I needed to read it.

“The Best Yes” by Lysa TerKeurst went into detail not only about what your best yes is but it gave some eye-opening moments that made me sit there and say “Girl, preachhhhh!” (Yes, add the emoji hands in there as well, because the book was just THAT good to me.) But one part that stood out the most was how TerKeurst knew she wanted to write and knew she had something to say but also was in the same boat that she just felt like she didn’t have the time. She spoke about how she would put time on a calendar set aside for writing and that, no matter what, no matter how badly she didn’t want to do it, she stuck to it and did it. Kind of reminds me of every time I work out, but we’ll get to that later….

That was my first sign that I needed to write again. It was the first time I said out loud that I missed writing. “I should write in my blog again” but I didn’t. I had a birthday, a date, a new job to start, a new excuse to make. The more excuses I made though, the more the universe kept pointing out that I should be writing again. And more. I’m an affiliate for a couple brands I love including Erin Condren. Part of that program means there’s an opportunity to review new products. I reached out and I got an email thanking me for wanting to apply but telling me my blog not being untouched in a few months disqualified me from trying. Ouch. Sign number two. But again, I ignored it. Without going into the 14 other signs I should be writing again, I kept brushing them off. I didn’t have anything to say. Or at least I didn’t think I did.

One of the extensions I have on my website is getting notifications when people are on it. The last couple weeks I noticed an unusual increase in traffic. I pulled up my analytics and saw where people were going. My blog. My untouched blog. The main reason I even wanted a website was sure, to show off my ability to help people market their business, but truthfully it was to write again and when I saw that was the driver of my web traffic I decided enough was enough. I recently went to the gym with my other half for the first time. The gym we go to has the treadmills on one side, where I run, and the weight equipment facing the treadmills, where he lifts. Meaning, I knew he’d potentially see me running. When I knew he was possibly watching me I not only ran faster, I ran longer and harder (no, this isn’t the start of a Kanye song but if you started singing it too, you’re definitely my people.)

A lot of this is like my blog. I know you’re looking and I’m not going to stand here and walk. I’m going to put my best running, err… writing, game forward and give you some content. If you’re in a rut — whether in life, in your business and marketing, or in any other aspect, it’s ok to take a break. It’s ok to take a step back and evaluate. And more importantly, it’s ok to try again. A 5-month blogging hiatus doesn’t mean I will be a blogging maniac now, but it does mean I plan to make the time, to put it on the calendar and choose to write over aimlessly scrolling through Instagram stories (which I love, by the way).

I have had a lot of life experiences both professionally and personally in my 30 years and I’m ready to make the time to share them. To anyone who has followed me on one or both of those journeys and been with me through it, I’m excited you’ve stuck around and to those who are new to my space of the internet, I’m excited to blog again and have you here. It’s never too late to start again and it’s never too late to say yes to doing something you love. 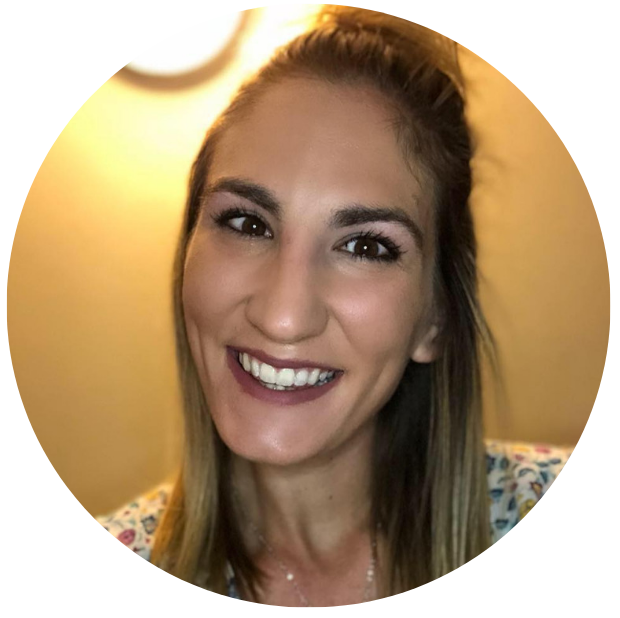